The organ and tissue donation process

Every year, hundreds of lives are saved and improved with the help of donated organs such as hearts and kidneys and donated tissue such as heart valves and tendons.

If you or any of your family or friends are ill, doctors’ absolute priority will be to give you or them the best possible care and try and save their life. Only if they’ve agreed nothing more can be done, at that stage, a sensitive discussion with the patient’s family may then start to take place about donation if that is considered possible.

While this is happening, a Specialist Nurse will check the NHS Organ Donor Register to see if that person had recorded a donation decision. They will then share this information with the potential donor’s family, so they know what their loved one wanted and to check if this is their latest view.

If donation is authorised, the organ and tissue process involves a specialist team who travel to the hospital and ensure that donors are treated with the greatest care and respect during the removal of organs and tissue for donation. The retrieval of organs takes place in a normal operating theatre under sterile conditions and is carried out by specialist surgeons.  The donors faith and beliefs will always be respected.

For deceased organ donors, death is confirmed in exactly the same way for people who donate organs as for those who don’t. Death has to be confirmed by a doctor(s) who is entirely independent of the donation team of surgeons.

Most organ donors are patients who have died as a result of a severe head injury, stroke or brain haemorrhage and are on a ventilator in a hospital intensive care unit. In these circumstances, death is normally diagnosed by brain stem death tests carried out by two experienced doctors and there are clear and very strict standards and procedures.

Communicating critical information with potential donor families at a time of grief can be difficult.

To support families the specialist nurse will show them an animated visual aid. This short narrated animation includes key information about the process for organ and tissue donation to aid their understanding. To access this animation in a different language contact ODTScotland-TeamManagers@nhsbt.nhs.uk.

Many things need to match or be very close between the donor and a potential recipient to ensure a successful transplant. For example, blood group, age and weight are all taken into account.

For matching organs there is a national, computerised list of patients waiting for an organ transplant across all UK nations. Organs are only ever removed from a donor for transplant if they are successfully matched with a recipient, who will be in great need and whose life could be saved or improved as a result.

Normally, priority is given to patients who most urgently need a transplant. NHS Blood and Transplant operates the UK-wide, 24/7, 365 days a year system. Patients entitled to treatment on the NHS are always given priority. These include UK citizens, members of the armed forces serving abroad and patients covered by a reciprocal health agreement with the UK. Private patients or patients outside the UK would only be offered an organ if there were no suitable patients entitled to treatment under the NHS.

Donated tissue is made available to any hospital in the UK where there is a patient in need.

As part of the donation process, certain routine procedures and tests will be carried out shortly before or after the death of a donor to check that transplantation is likely to be safe, successful and a suitable match for somebody on the transplant waiting list.

These typically include blood tests, urine tests and x-rays. Without these tests and procedures taking place, donation won’t be able to proceed.

More about these tests and procedures.

For organs, the retrieval operation for the donor is performed as soon as possible after death has been confirmed. Death is either confirmed following brainstem death tests or occurs following the withdrawal of life-sustaining treatment.  A donor is only taken for their operation after family have had time they need at their loved one’s bedside.

The procedure to remove a donor’s organs is carried out by highly skilled professionals who take the same care and attention and offer the same respect as they would in any operation to save a patient’s life. In the case of organs, it is essential to operate quickly as organs deteriorate very soon after a person's death and so can only function well in a recipient if they are removed and transplanted as quickly as possible.

What organs you can donate.

Unlike organ donation, an individual does not need to die in a hospital intensive care unit or emergency department to donate tissue after death.

Tissue donors may have died anywhere within a hospital (and occasionally in other locations) and donation can be progressed up to 48 hours after death. To ensure that all donated tissue is safe, the donor’s medical and social history are assessed before donation.

Donating tissue can dramatically improve the quality or save the life of others. As many as 11 people can be helped by the donation from one person to lead a normal, active, pain-free life.

In Scotland, a team of Tissue Donor Coordinators are responsible for the coordination of tissue donation after death, and they provide support and assistance to donor families.
Organ donors can also donate tissue and in these circumstances Specialist Nurses for Organ Donation will speak to the potential donor’s family about tissue at the same time as discussing organ donation.

What tissue you can donate.

Every effort will be made to save your life above all else
Doctors and nurses manage the care of a patient and are committed to doing everything possible to save a person’s life.

Only when they’ve agreed and discussed with your family that nothing more can be done, a sensitive discussion will start to take place about the possibility of donation.

Only when end-of-life care planning is started, or in some cases after a patient has died, is the NHS Organ Donor Register is accessed by specialist nurses and the possibility of organ or tissue donation discussed with family or friends.

Death is confirmed by doctors who are entirely independent of the transplant team and this is done in the same way for people who donate organs as for those who do not. If organ or tissue donation is a possibility, specialist nurses will check to see whether an individual is on the NHS Organ Donor Register, and the family of a potential donor will always be consulted to check if the person had expressed any views about donation.

How is death confirmed in Scotland
In order for a person to become an organ donor, doctors must first decide if the heart is no longer beating (circulatory death) or if the brain is no longer working (brainstem death; also referred to as death determined by neurological criteria). Doctors will confirm the death of a patient as either circulatory or brainstem death before donation can take place.

Donation after circulatory death
Organ and tissue donors who donate after death has been confirmed by circulatory criteria will often have been treated in a hospital, but their injuries will be such that death is inevitable. Any medical interventions (such as a ventilator) which are prolonging the dying process will be removed. Only after the patient’s heart has stopped beating for five minutes can death be confirmed. Donation then takes place after death is confirmed.

Donation after brainstem death
People who become donors after death has been confirmed by neurological criteria will usually have died in a way that leaves them with a brain injury from which they are not able to recover. They will be unable to regain consciousness and unable to breathe for themselves. They are typically on a ventilator in hospital.

Organ and tissue donation will leave my body disfigured
Organs and tissue are always removed with the greatest care and respect. Organ donation takes place in a normal operating theatre and is carried out by specialist healthcare professionals, who make sure the donor is treated with dignity. Tissue donation normally takes place in facilities in a mortuary. Arrangements for viewing the body after donation are the same as after any death.

Will my funeral plan be affected?
Specialist nurses always speak to family members to see if there are considerations around someone’s faith, beliefs or culture in respect to funeral plans.

The surgery to remove a donor’s organs or tissue is carried out by highly skilled professionals who take the same care and attention and offer the same respect as they would in any operation to save a patient’s life. The surgical incisions are carefully dressed after the surgery and any end of life care wishes in relation to the washing and dressing of the body are respected.

Your body will always be returned to your family after donation
The donation operation is performed as soon as possible after death. After donation, the body is returned to the family of the deceased in the same way as any death in a hospital where donation has not taken place. Families are given the opportunity to spend time with their loved one after the operation if they wish.

Donated organs and tissue are only used for these other purposes if specific authorisation is provided by the potential donor’s nearest relative, after discussion with their family.

If you wish, you can make a declaration in writing to authorise your organs and tissue to be used for research, education, training, audit or quality assurance purposes after your death.

If you have any particular preferences in relation to the types of research you would not wish your organs or tissue to be used in, you should also record that in your written declaration.

It is important that you tell your family and friends about your decision to authorise the use of your organs and tissue donation for research and other purposes so they can ensure the Specialist Nurses are aware of these and can respect your decision.

Please don’t rely on recording this decision in your will. Wills are not usually read until after donation is possible, as donation has to take place very shortly after death.

After someone has received a transplant from a deceased door, confidentiality is always maintained.

If the family of the donor wishes, they will be given some brief details, such as the age and sex of the person or persons who have benefitted from the donation. Patients who receive organs can obtain similar details about their donors.

It is not always possible to provide recipient information to donor families for some types of tissue transplant.

However organ or tissue recipients do sometimes write anonymous letters of thanks or good wishes via specialist nurses to their donor’s family. NHS Blood and Transplant is able to assist with in these cases. Occasionally where both the donor’s family and the recipient wish to meet, NHS Blood and Transplant can help put them in touch with each other. However, that would only happen where both want this.

The Order of St John Award for Organ and Tissue Donation recognises families whose loved one has gone on to donate their organs and tissue and posthumously honours the donor.

The family can choose to accept the award on the donor’s behalf – either at an annual ceremony, or by post.

Tissue donation and eye-only donation is recognised under the scheme - in these cases an award is received by post rather than an at a ceremony.

At the annual ceremony, each family receives the Order of St John gold pin for organ donation, inscribed with the words ‘add life, give hope’.

There is a National Memorial for Organ and Tissue Donors in the Royal Botanic Garden Edinburgh which provides a lasting tribute to those who have saved or transformed the lives of others by donating their organs or tissue after death. 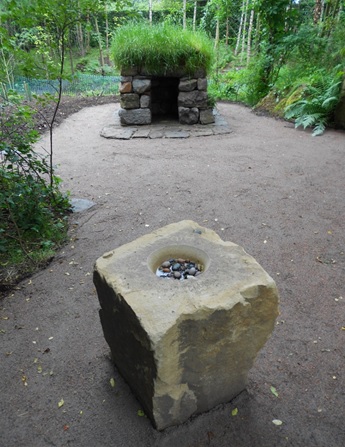